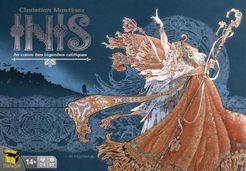 Inis is a game deeply rooted in Celtic history and lore in which players win by being elected King of the Island (Inis). Players can try to achieve one of three different victory conditions:

How to Play Video: https://youtu.be/hDzS40O5VCI